Talcum powder has been a favorite consumer product for years. However, the soft gentle, powdery substance has been linked to serious health issues. Talcum powder and similar products are harmful to infants with respiratory issues and can also be harmful to adults. As more claims arise, talcum powder has been linked to ovarian cancer in women who use it regularly. On May 4, 2017, a jury awarded a Virginia woman over $110 million in damages for this. Earlier in 2016, a U.S. court awarded $72 million in damages to a woman who developed epithelial ovarian cancer attributable to the use of Johnson & Johnson’s talcum powder. This was followed by a $55 million verdict. The producers of talcum products, the trade association, and the miners of talc have suppressed information that they have known for decades about the potential cancer-causing danger of the substance. Now there are many lawsuits in the United States and a class action in Canada. On October 27, 2016, a St. Louis jury awarded $70 million to a victim with the responsible defendants for the first time including the trade association. Talcum powder has similar qualities to asbestos, a proven carcinogen for those who inhale the microscopic fibers. Furthermore, talc is often mined in the same places as asbestos. In fact, some talcum powders contained asbestos until the 1970s. In the US there have been successful claims made by people who had asbestos-related cancer from using talcum products with asbestos in them. Manufacturers have since taken measures to purify talc and remove the asbestos before the product reaches buyers. Since 1971, more than 20 studies have linked talcum powder to ovarian cancer. In 2003, an analysis of 16 of these studies found that women using talcum powder were 33% more likely to develop ovarian cancer. 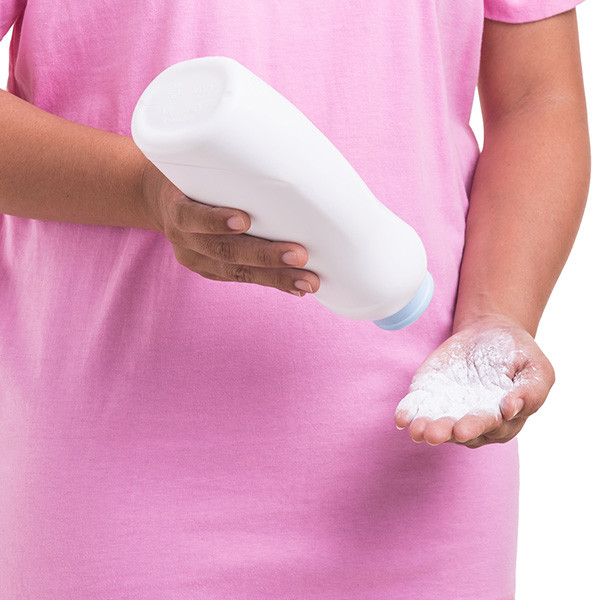 Many women and girls use talcum powder and similar products to maintain feminine hygiene. When applied to the genital region, the talc particles can travel into the fallopian tubes and uterus where it may trigger the development of cancer. Despite an apparent connection to ovarian cancer, there are no warnings on the packaging of talcum powder products. Lawyers in Canada are now probing claims of similar cases to be pursued as class action lawsuits. Class action lawsuit claims have recently been issued in late May of 2016 in Ontario and in Quebec. It is expected, due to the growing number of cases, that the proceedings will soon transfer to the U.S. Federal Court to be managed together as Multi-District Litigation (MDL). Miskin Law has worked through similar processes against Vioxx when our Canadian clients could not proceed with U.S. claims.

Miskin Law is one of Canada’s most practiced lawyers for asbestos-related cases. Because the substances are so similar, this makes us qualified to represent those who have fallen victim to talcum powder. Our team is part of the Talcum Powder Ovarian Cancer Litigation Group of the American Association for Justice. This gives us access to all information about the U.S. research and proceedings which are far ahead of anything started in Canada. We are working with both American lawyers and Canadian class action lawyers to inform the public and build the case in Ontario and throughout Canada.

Miskin Law Offices represent individual clients seeking recompense for damages due to talcum powder. Our goal is to maximize compensation to our individual clients on valid claims. If you or a female family member used any brand of talcum powder regularly for four years or more and developed ovarian cancer, Miskin Law would like to hear from you. Please send us a message, call our office or email us. We want to speak with you and get all the details to see if there could be a valid claim. We take cases on a contingency fee basis with no cost or risk to the client. If you do contact us to review your case, there is no cost or obligation and your privacy will be protected. Call us toll free at 877-565-8621.