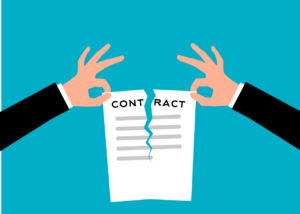 When a family member or loved one dies in Ontario, estate disputes commonly arise between the remaining family members.

However, before challenging a will in court, there are some things you should be aware of. Simply because you were left out of a will or feel that you were not treated fairly is not a sufficient reason to challenge a will. Parents, for example, are under no obligation to leave their children anything in a will (unless they are dependants).

Having said that, there are several grounds upon which wills can be challenged. These include:

The last two, undue influence and lack of capacity, are probably the two main grounds on which wills are challenged.

Undue influence can be very difficult to prove. It exists when a beneficiary tries to pressure a person to make a new will or change it to be more favourable to them. There are a number of circumstances that can help in establishing undue influence, some of which are: isolation of the testator, the testator’s dependance upon the alleged influencer, and asset transfers to the alleged influencer before death.

Generally, a person is considered capable of making the will if:

If there is a concern that a person does not have the capacity to make a will and if they’re still alive, arrangements can be made to medically have their capacity assessed. However, if the person has died, a challenge will have to be based on the evidence available to try to prove that the testator lacked capacity at the time of making the will and did not understand what they were doing.

Challenging a will in court and overcoming the presumption that it states the testor’s intentions can be a difficult process. It’s important to consult with experienced lawyers to understand your rights, options, and chances of success.

You Need a Will Prepared by a Lawyer

The Miskin Law Office prepares Wills and Powers of Attorney for individuals in Ontario, Canada. If you live…